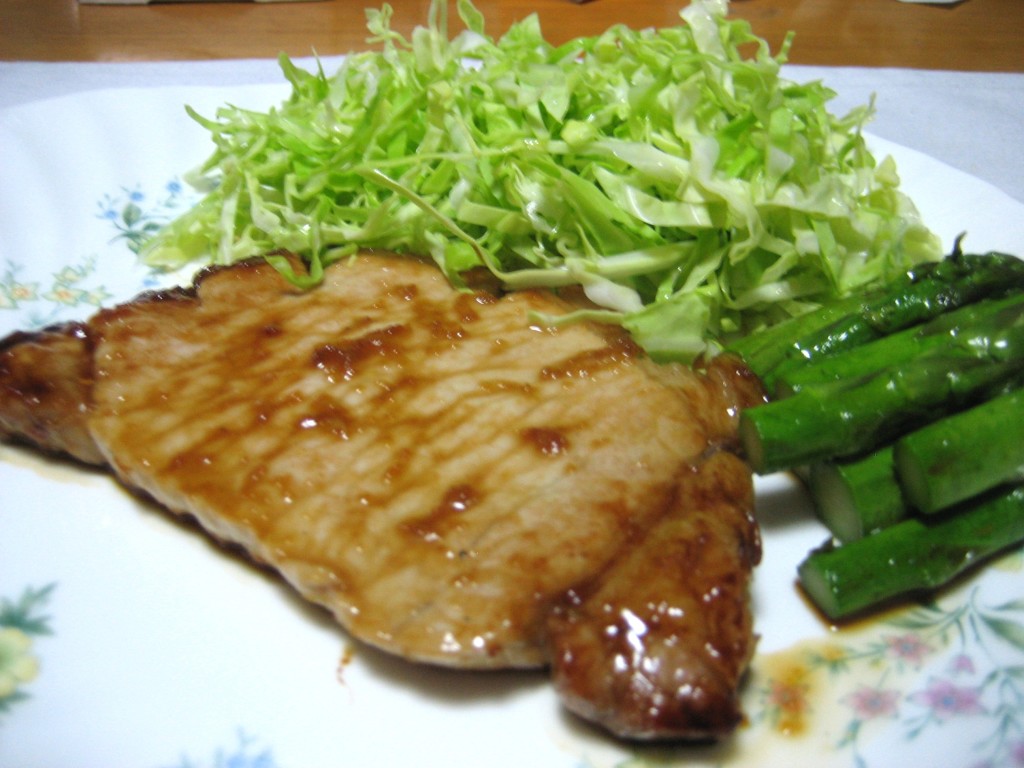 Pork Ginger is a easy cooking food and it is also cooked at home.  It means each homes has their original taste.
The method is very simple.  Pork is grilled with the sauce which includes ginger and soy sauce.  Ginger is called as “Shoga” and grill is called “Yaki.”  So it is called as “Shoga Yaki” in Japanese. 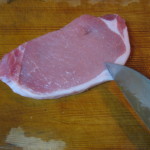 2) Pour cooking oil in a fry pan and heat it well.  Then grill the pork on strong heat. 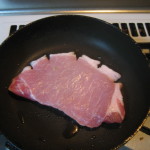 3) When a side of pork is grilled well, flip it over.  Then pour the sauce. 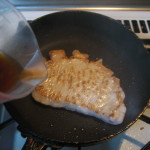 4) Heat it until the sauce is less. 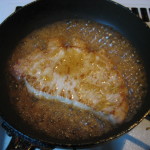 Serve it with some vegetables.
That’s all!  It’s easy, isn’t it?

Usually, for pork ginger, the pork meat is sliced as 3 to 5mm thickness.  But I used about 1cm thickness meat at this time because the taste of pork can be enjoyed well.

The history of this food is not clear.  A story saying it seems to be developed after 1923.  At this year, east part of Japan had huge earthquake (M7.9).  After that, pig firming was getting increase and many people can eat pork more.  I don’t know if there is any relation between huge earthquake and pig firming.  I believe there is no relation….

Before that, many Japanese people didn’t eat meat well.  So ginger seemed to use to erase some smell of pork.  It is one of laborer and it is good to eat with rice.
This is Japanese original food and not categorized as “Yoshoku” which is based on European foods.