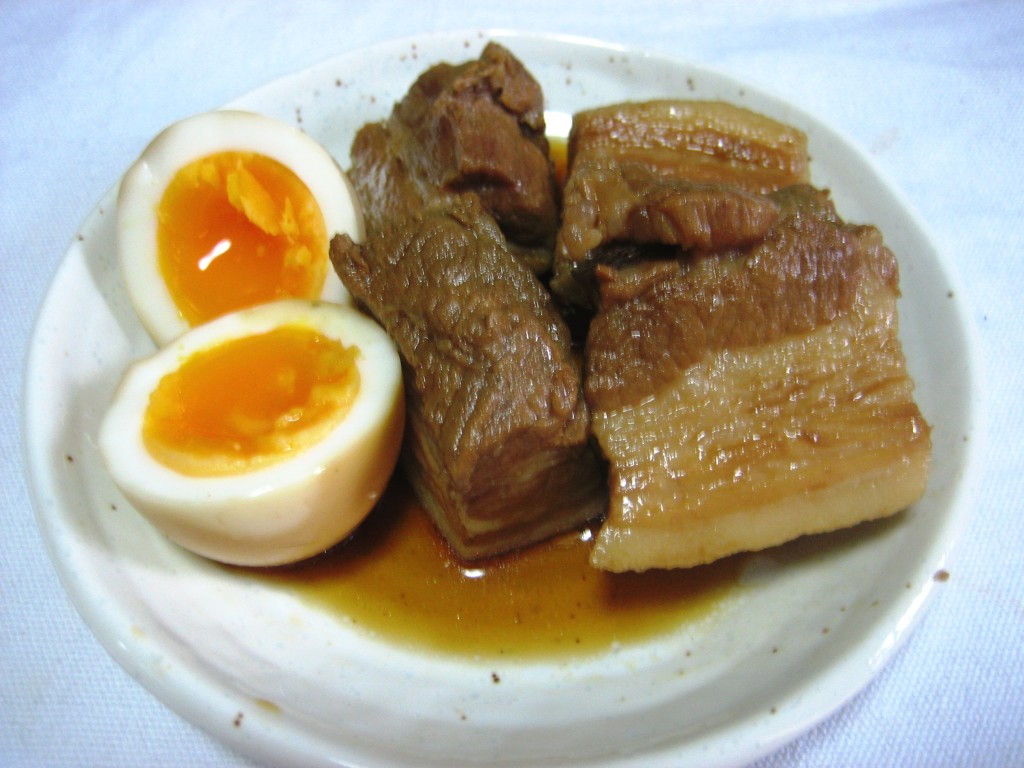 If you like pork, I think this food is worth to try.
It is simmered with soy sauce, sugar, mirin and sake. The taste is a little sweet.  And also it is boiled for long time, so the meat becomes very tender.

Although it is popular pork food, it is difficult to cook it very tender and needs long time.  So it may not be made at home as much as Pork Ginger.

Ingredients (for one dish):

How to make:
1) Cut pork about 4 to 5cm thickness.  Place them in a pot and add water until the same height of pork meat.  Put leek and 2 or 3 sliced ginger (not necessary to peel).  Then heat it about 30min. 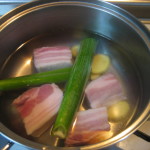 2) After 1), pick up meat.  If the meat has some lye, wash it and eliminate lye.
Note: I usually keep the water which boiling pork.  It can be used soup base for ramen.  Even you cook instant ramen with this water, it will be better taste.

3) Place pork meat in another pot and pour ingredients for the sauce.  Then heat it.  Once it is boiled, turn to small heat and simmer it about 1 hour. 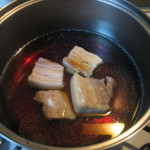 4) Then leave it to cool down.  During cool down, sauce soak into pork meat and taste is getting better.
I add soft boiled egg at this step.  It is cooked as same as ramen topping which I wrote before. 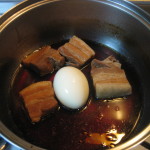 By the way “Kaku” of “Kakuni” means shape of cubic in this context.  And “Ni” means “Simmer.”  Normally “Kakuni” means Pork Kakuni, but we also cook tuna as kakuni.  In the future, I would like to introduce it, too.

Pork Kakuni is originated in Kagoshima prefecture in Kyushu island which is south and west area.  Also Nagasaki prefecture has similar Pork Kakuni food called “Tobani” and Okinawa prefecture has one called “Rafute.”  These are slightly different and all of them are very delicious.

Pork has been eaten since ancient time, but the time pig firming was started in earnest was around 1870s.  Now Kagoshima is #1 pig firming prefecture.  So I think many pork foods are developed there.

Pork Kakuni is also served on top of ramen instead of Char sir.  It is also good.