You are here: Home › Vegetales › How To Boil Bamboo Shoots (Takenoko) 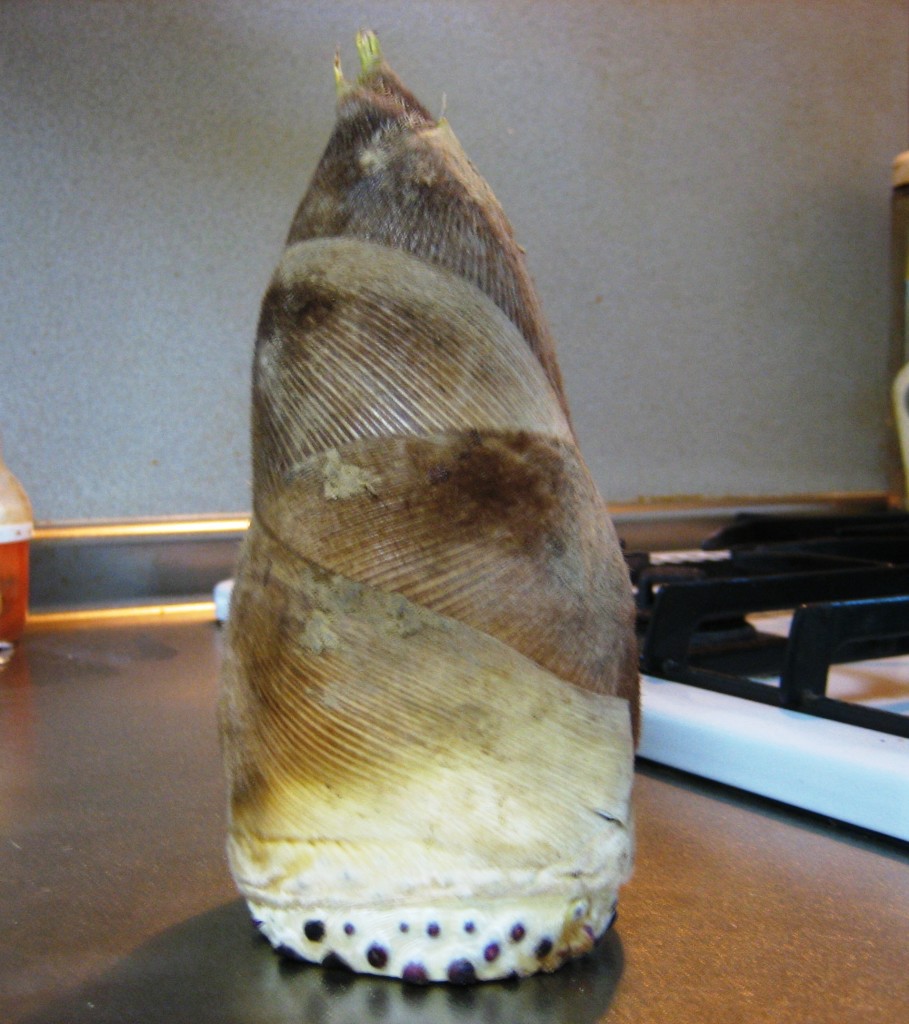 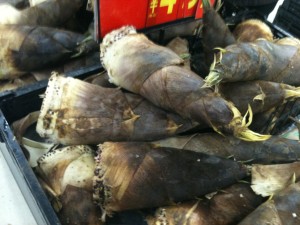 Bamboo Shoots (Takenoko) is typical spring seasonal foods in Japan.
In Tokyo, we can see many bamboo shoots at the store around the beginning of April.  Now we can buy boiled bamboo shoots which are packed any season, but fresh one can bring a lot of fun to us.  Although we cook it as many different type of “Takenoko” foods such as “Nimono (Simmered),” “Sashimi,” “Yaki (Grilled),” “Takenoko Gohan (Rice)” or Chinese foods…., we use boiled one.  So boiling bamboo shoots is the first step.  It has strong lye.  So we boil it with rice bran to eliminate it.

1) Wash bamboo shoots with water well.  Or peel 2 or 3 pieces of the skin.  Then cut the top of bamboo shoots diagonally and put the cut (not too deep) at the center from top to bottom. 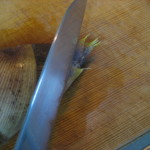 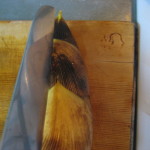 2) Place bamboo shoots in a pan and add water until bamboo shoots will sink in the water.  Put rice bran and red pepper, then heat it until boil.  Once it is boiled, turn to low heat, place a smaller lid on bamboo shoots and keep it about 1 hour.  It is finished if it becomes soft when you stab skewer in the bottom of bamboo shoots.  Then place it until it becomes cool.  (It took more than 3 hours at this time) 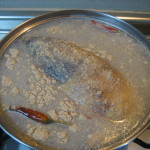 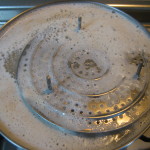 3) Rinse the bamboo shoots with water.  Peel skins in a water by your hands.  You may find some black speck around the bottom.  Slice it off. 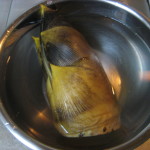 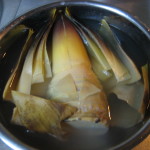 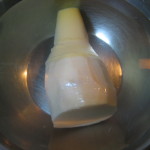 Because my pan is not big, I cannot add enough water until bamboo shoots will sink.  At this time, I used about 20g rice bran and about 2 litter water.  It may be better to use more rice bran.

For preservation, it should be in water and place it in refrigerator.  I think it can be kept for several days. 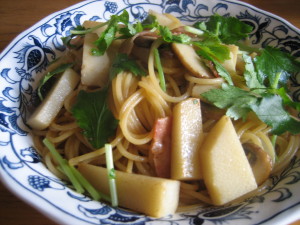 I heard that regions where people eat bamboo shoots are Japan and China however I guess probably people in other Asian countries may eat it.  In Japan, we, of course, cook it not only for Japanese foods, but also European foods.  The photo is a Spaghetti with bamboo shoots, mushroom, bacon, butter and soy sauce.  It was very good.

According to wikipedia, bamboo can be seen not only in Asia, but also in other regions such as Australia, Africa, India etc.  If there is bamboo in your area, you can find bamboo shoots in spring and it is worth to try to cook.