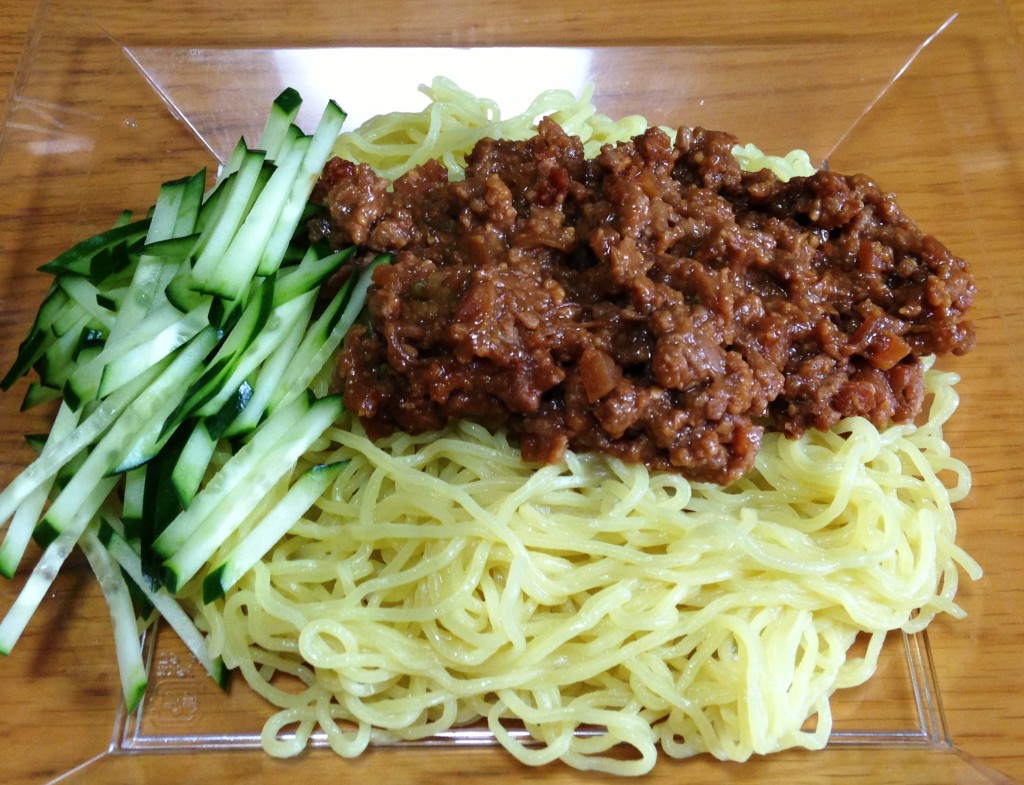 Ja Ja Men is originally a Chinese food called “Zha Jiang Mian.”  I think its name comes from the sound of “Zha Jiang Mian.”
In Japan, it was added some arranges such as adding sugar.  So it tastes both sweetness of sugar and salty of miso.  We use Ramen noodles and also use other Japanese noodles such as Udon noodles or Soumen noodles.
Above photo is using Ramen noodles.  It depends on region which noodles are used.  When I was a kid, my family was using Udon.  I think it was because we were living in Kansai area (west part of Japan, around Osaka) where Udon is very popular area.

Ingredients (about 4 or 5 people):

1) Mix miso, sake, Chinese sweet sauce and sugar well.  Chop ginger, cut bamboo shoots like cubic (5-8 mm) and slice leek.  (If you don’t have bamboo shoots, you can ignore it.) 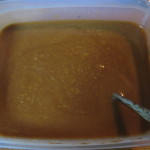 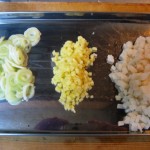 2) Pour cooking oil in a fry pan and heat ground pork until it becomes white.  Add chopped ginger and bamboo shoots, and stir fry all things. 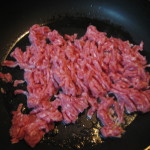 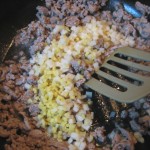 3) Add the sauce (miso, Chinese sweet sauce, sake and sugar) in a fry pan and heat it with stirring to avoid burned for about 8min. 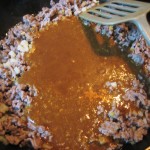 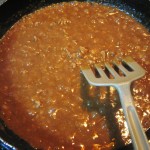 4) Add sliced leek and stir.  If you can see transparent oil at the edge of a pan, turn off the heat.

5) Boil Ramen or Udon noodles and make it cool with water in a sieve.  This method is as same as making Hiyashi Chuka (cold Ramen). 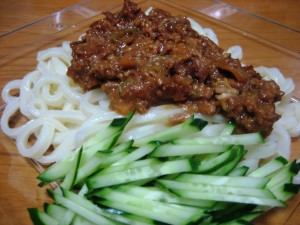 Please note that Miso includes salt and the ration of salt is different depends on products.  So you need to change the amount of miso or sugar to adjust to your favorite taste.

Morioka city, Iwate prefecture is well known for Ja Ja Men.  However I have never eaten it, it seems to similar to Chinese Zha Jiang Mia.  If you have a chance to visit, it is a good idea to try.

As I wrote before, I had eaten it at home in a kid, but never eaten in restaurants.  Although it has been served at Chinese restaurants, I don’t remember.  For some reason, we can see it at supermarket or convenience store like Seven Eleven since several years ago.  It is both “ready to eat” type or instant type.  Now it can be said as a kind of popular noodles.