You are here: Home › Seafood › Fish › Vegetales › Tuna and Yam (Maguro no Yamakake) 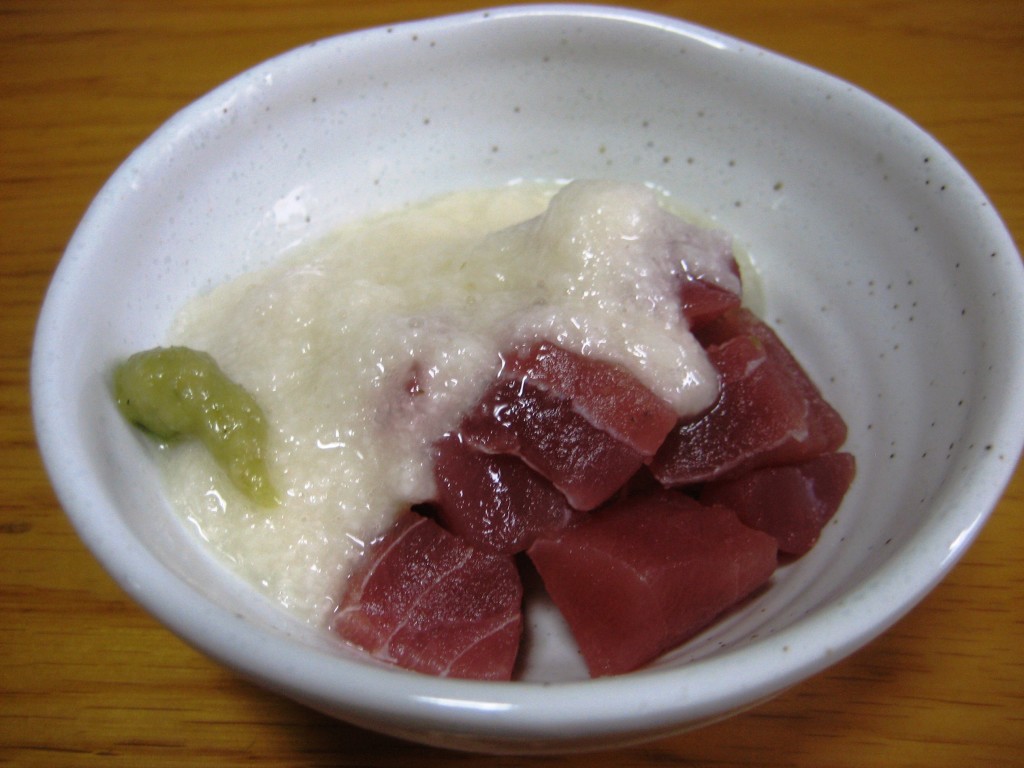 In Japan, Yam is often eaten as grated form.  It is called as “Tororo” and also “Yamakake” if it is poured on top of the food.  As you can see, the above photo is the dish which pouring grater yam on top of tuna (maguro).  So it is called as “Maguro no Yamakake.”

1) Cut Red tuna as a bite size and cubic form. 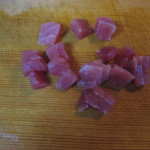 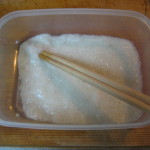 3) Place Tuna in a dish and pour Yam on top of it.

It is a side dish menu.  I like to eat it with some Wasabi.  The taste is very light, so the Wasabi will be a good spice.
If you want more taste, I recommend to add some soy sauce.

Both Tuna and Yam is cooked as raw.  I didn’t use any oil as same as many of traditional Japanese foods.  It is a feature of Japanese food which is known as healthy and enjoying the taste of food which it has originally.

If you can buy sashimi of Tuna and Yam, I would like you to try this menu.