You are here: Home › Vegetales › How to Boil Edamame 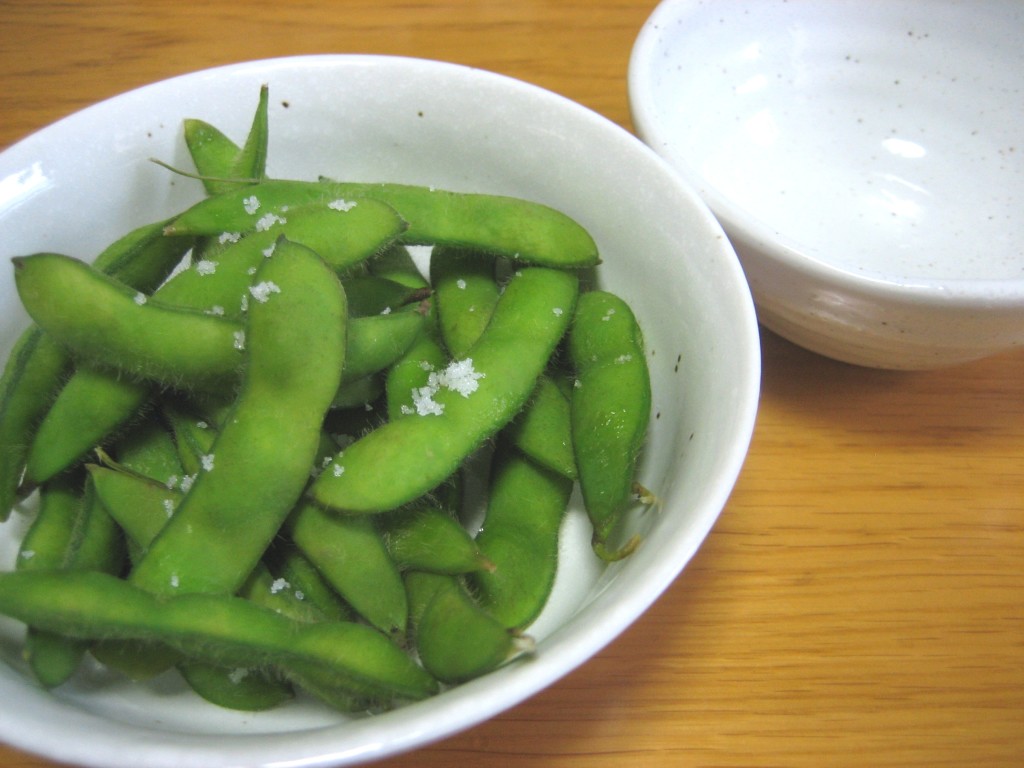 Today, it is going to hot summer in Japan.  In the summer, we want to enjoy cold beer and Edamame!
Edamame (Green Soy Bean) seems to be already common word in the world.  It is very popular food both at Izakaya (traditional Japanese casual restaurant) and home.  Of course, I love it.
Even you have never come to Japan, you may eat it as the appetizer at Japanese restaurants.

As you might know, Edamame is “young” soy bean.  In Japan, there are several types of Edamame such as Kuromame or Dadachamame.  Kuromame is black soy bean and it is high class one and the taste is a little sweet and very delicious.

1) Wash the Edamame with water.  Put some Sea salt and run the sea salt by hand. 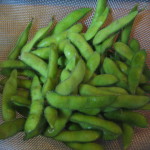 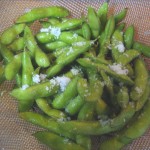 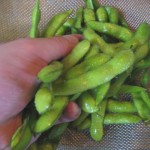 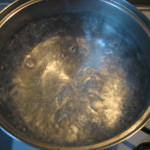 3) When water is boiled, put Edamame in a pot and boil it for about 5 min.  It is better if you place smaller lid in a pot (this method is called as “Otoshibuta” in Japanese). 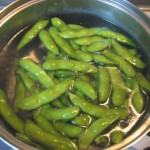 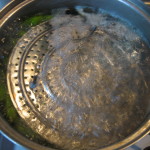 4) Move Edamame in a sieve, and leave it for a while to make cool.

Boiling Edamame is normal method.  I would like to introduce another method “grill.”  It’s very easy.  Wash Edamame and heat it in a fry pan until it sheath becomes black.  No need any oil. 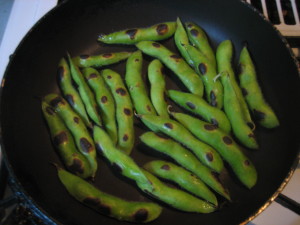 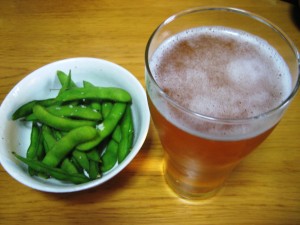 Some sea salt is added to both boiling or baking Edamame when it will be served.

If you visited Izakaya restaurants and ordered some alcohol such as beer at first, they will serve appetizer like edamame together.  It is called as “Tsukedashi” and has been already charged.  Even you don’t order it, it will come along with first alcohol.  It is not a trick.  It is just a custom.