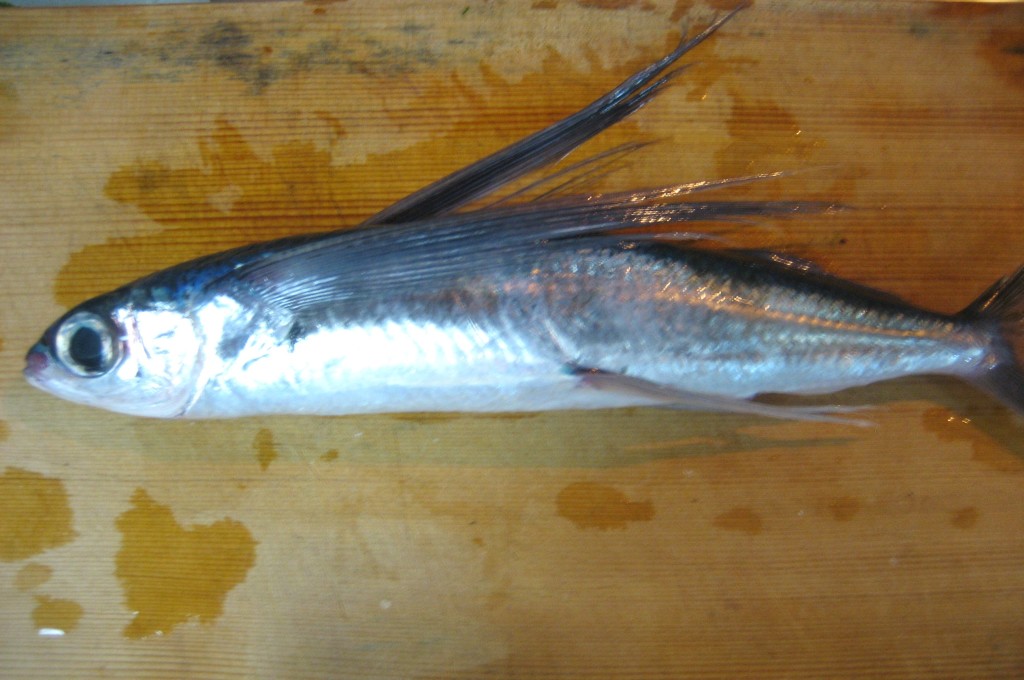 Flying fish (“Tobiuo” in Japanese) is the seasonal fish of June and July.
We are eating it as shio yaki (grilled with salt), fry, and also sashimi.
In Nagasaki prefecture in Kyusu islands, people make broth from it, too.  That broth is called as “Ago Dashi” and is used for the soup for Udon or Ramen.  ”Ago” is the dialect around Nagasaki, and it means flying fish.  I have never eaten either Udon or Ramen with ago dashi, but I would like to try.

1) Cut the flying fish into 3 parts (sanmai oroshi).  It is same method to make sashimi.  Following video is very useful.  Please refer it how to cut.

2) Cut the fish meat as the size which is easy to eat.  And remove the moisture with cooking paper. 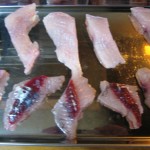 3) Sprinkle normal amount of sea salt and pepper on both side of the meat.  Then leave it for a while (about 15 to 20 min.).  After that, sprinkle flour on the fish meat and coating it. 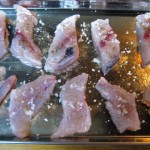 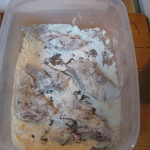 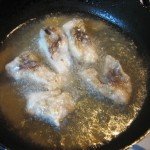 5) Place fried flying fish on a dish.  It is already added enough taste (sea salt and pepper) during preparation, you can eat it without any condiments. 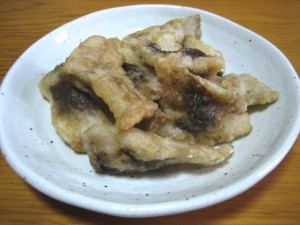 The taste is very light because its fat is low.  I like this taste.  However I have never eaten sashimi of flying fish, some of my friends are saying it is very delicious.

We also eat its roe which is called as “Tobiko.”  It is served as a ingredient of sushi, so some people may have eaten already.  It is very tiny and looks like smaller version of Ikura.  But taste is different.  Please refer about it on the following link (wikipedia) : http://en.wikipedia.org/wiki/Tobiko

There are many other seasonal fish or sea foods of summer.  I would like to introduce some of them this summer.