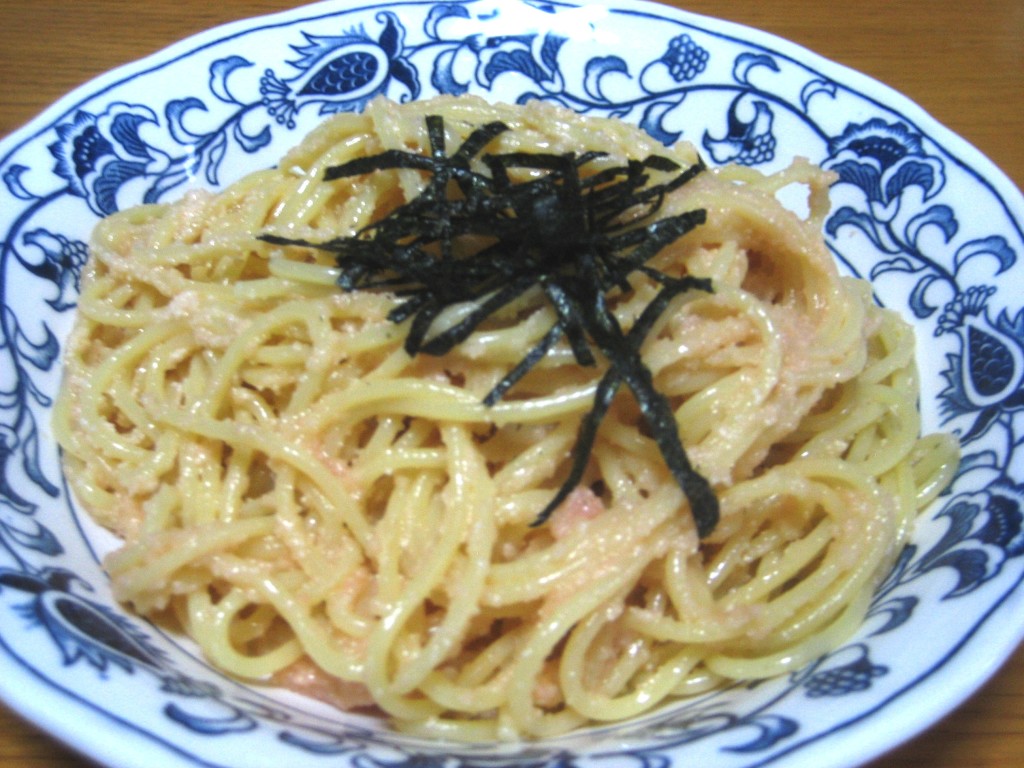 Spaghetti is very popular food in Japan.  I guess the reason why we like it is because it is a noodle.  We are enjoying noodles such as Soba, Udon, Soumen and, of course Ramen since old time.  It has been arranged to Japanese style as same as other many European foods.  They are cooked with many different ingredients such as cod roe (tarako), tuna (maguro), dried seaweed (nori), natto or soy sauce etc.  Today, we can have various types of Japanese style Spaghetti.  Those foods are called as “Wafu (Japanese Style) Spghetti” or Wafu Pasta.”

Tarako Spaghetti is one of popular Japanese style pasta.  In Japan, we can buy the sauce for it or even instant type like ramen.

1) Add a cut to cod roe and scrape out cod roe.  It is easier if you use spoon. 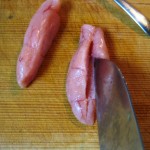 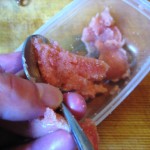 2) Put 25g of butter in a fry pan and heat it on middle heat until light brown. 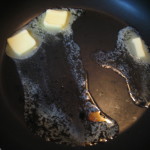 3) Put boiled spaghetti in the fry pan and stir.  Then turn off the heat. 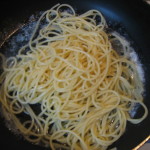 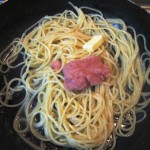 5) Serve it with shredded dried seaweed.

It is said that “Tarako Spaghetti” was developed by the owner of a spaghetti restaurant “Kabe no Ana” in Shibuya, Tokyo around 1967.  He seemed to get this idea from one of popular Japanese foods “Ochazuke”.  After that many arranges were developed.  For example, using white sauce or olive oil instead of butter, beefsteak plant as topping etc.