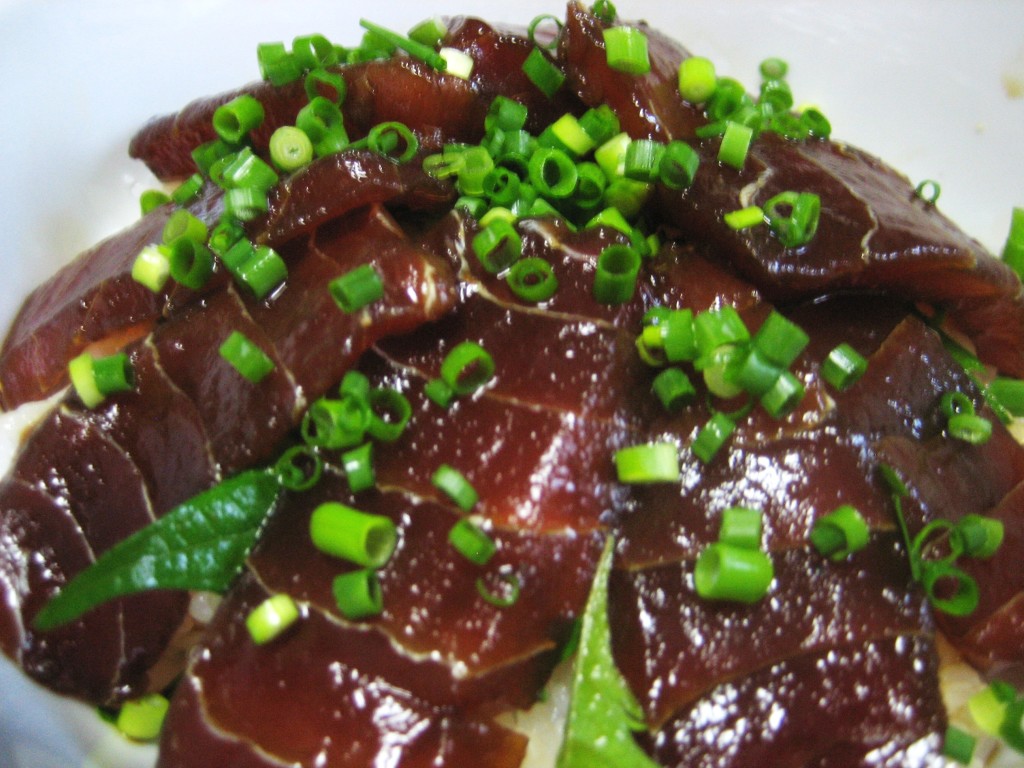 I introduced how to make Sushi Rice in a previous article.  It’s natural to write an article about sushi food, isn’t it?
Perhaps, many people imagine “Nigiri Sushi (hand-rolled sushi)” or “Maki Sushi (sushi rolls).”  There are some other form of sushi in Japan.
I have introduced some rice bowl foods such as Oyako Don, Katsu Don, Buta Don before.  They are using normal steamed rice and cooked foods.  If we make rice bowl with sashimi fish (raw fish), we are using Sumeshi.  You will be able to find this kind of rice bowl at sushi restaurants.

Maguro Zuke Don is one of sushi rice bowl.  Maguro Zuke (or Maguro no Zuke) is soy sauce marinated tuna.  So it is not pure sashimi.  Originally to make tuna marinated is to prevent it from rotting earlier because it was developed at the time when there are no refrigerator.  So it was a wisdom of old people.

1) Mix all ingredients for the sauce in a storage.

2) Slice tuna about 1cm width as sashimi form.  (If you can buy sashimi form tuna, it will be easier.) 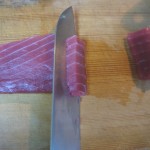 3) Place tuna in the sauce and leave it about 3 hours in refrigerator.  (The best way is to use enough amount of sauce which can cover tuna completely.  If it is impossible, please flip tuna over sometimes.) 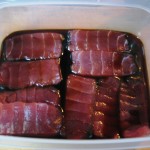 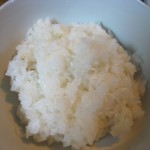 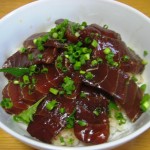 It is also good put some chopped green onion on the top like above photo.

Maguro Zuke is usually making with red tuna (akami).
However fatty tuna (toro) is more expensive than red tuna today, fatty tuna was not thought as high class foods at the beginning of the history of Nigiri sushi which was developed in Edo era (1603 – 1868).
Imagine!  There are no refrigerator at that time.  So it is difficult to keep raw fish as fresh.
Fatty tuna will rot earlier than red tuns, so it was cooked in a hot pot or thrown away.

In the previous article, I mentioned why sushi rice is making with vinegar is to keep it fresh longer.  The method of “zuke” is also for same purpose.  There is another method called “Shime” which is marinated with vinegar.  “Shime Saba (mackerel)” is one of popular foods and you may be able to find it at sushi restaurants.

However we can keep freshness of raw fish as long as possible in the refrigerator today, these cooking methods of old people’s wisdom are bringing different tastes or fans to us.