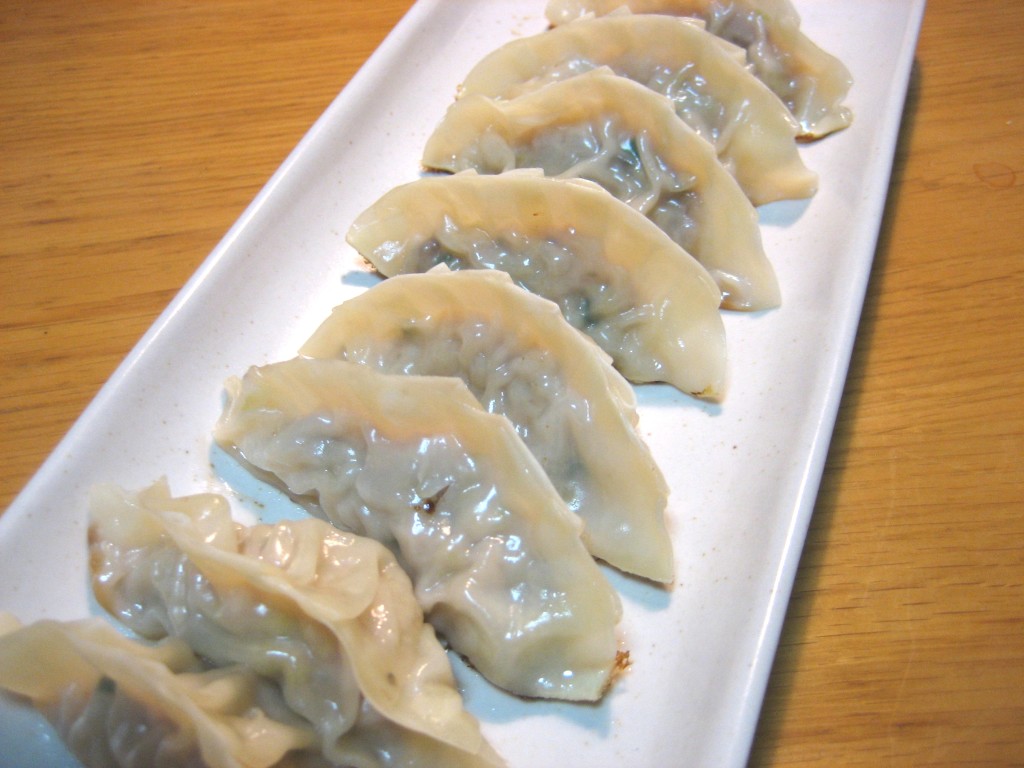 Dumpling (Gyoza) is originally Chinese food and also very popular in Japan as same as Ramen (Chinese noodle).  I heard that in China usually dumplings are served as boiled, but in Japan baked style is popular.  I like boiled dumplings and having it with ponzu, a sauce which mixes soy sauce, broth and some Japanese citrus such as yuzu or sudachi, is my favorite.  But I enjoyed baked style today.

1) Copping Chinese cabbage and squeeze its water in clean dishcloth 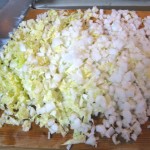 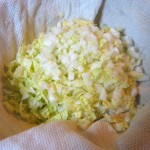 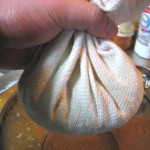 3) mix vegetables and meat in a bowl and put some sea salt, soy sauce and black peppar.  *each amount of condiments are as your favorite taste.  Put some Chinese soup stock is also good. 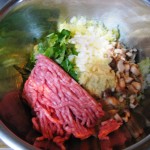 4) If meat becomes white, it is good. 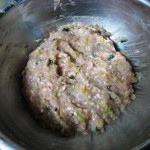 5) Wrapping ingredients in dumpling skin.  Put the water on half edge and wrap with making pleats. 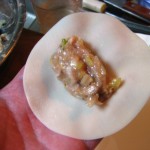 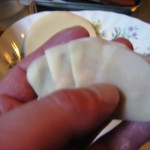 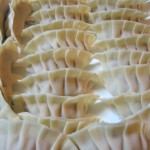 6) Put some oil in a fry pan and heat, then place dumplings.  *At first the heating power is strong. 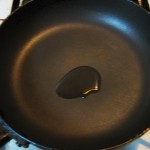 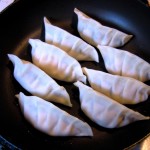 7) The bottom becomes dark brown, put some water in a fry pat to steam.  Then place the lid. 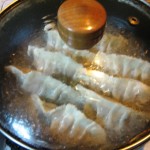 8) The water is evaporated, now it is ready to eat!