You are here: Home › Culture › Eating Chicken at Christmas day in Japan 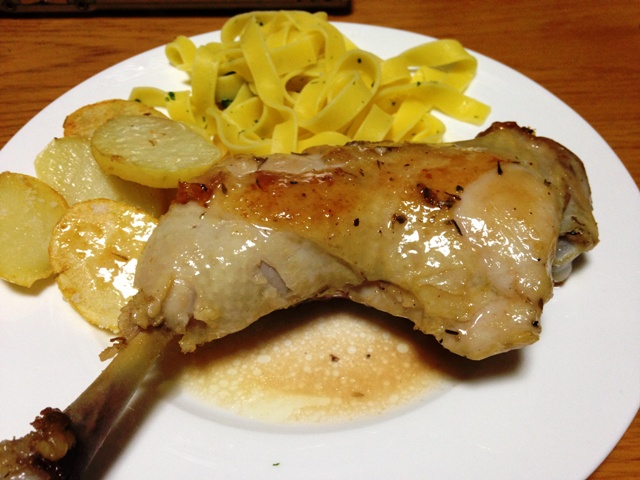 December 25th, it’s the Christmas day.
I think Christian is not majority in Japan, but today is a kind of special day for us.  Many people have a party or parties with family or friends.  The Christmas day in Japan doesn’t have religious meaning for many people.  Most parties at this day is not celebration, but just enjoyment.
Please don’t misunderstand.  Of course, we understand it is important event for Christian.  We don’t despite it.

When importing culture into the world of another culture, sometimes there are some changes.  The Christmas in Japan may be a one of them.
I’m introducing about Japanese food in this blog.  When I visit abroad, I sometimes see strange Japanese food.  But I think it is OK if it is just adopted to their local culture.  The most important thing is we have to respect original and to understand about its essence.

One of unique our custom at Christmas in Japan is eating Chicken.
When I was a child, there is no custom like that.  But today, we can see many ads on TV by Kentucky Fried Chicken (KFC) which is saying Chicken for Christmas.  Several years ago, I felt it was very strange, and I investigate about it on the web.

KFC Japan is telling one story on their we site.
According to that story, a foreigner visit to KFC to buy fried chicken at Christmas day around 1970s.  He or she wanted buy it instead of turkey because turkey is difficult to buy in Japan.  Then KFC Japan started promotion campaign at Christmas.  Recently, not only KFC, but also many stores and supermarket preparing roast chicken.

Either people eat chicken or not, the Christmas is a special day for many Japanese people today.

I’m not sure how many people celebrate the Christmas in the world and what they will eat.  I believe everyone want hope world and eat delicious food.

Above photo is Confit of Chicken.  Of course, I made it.