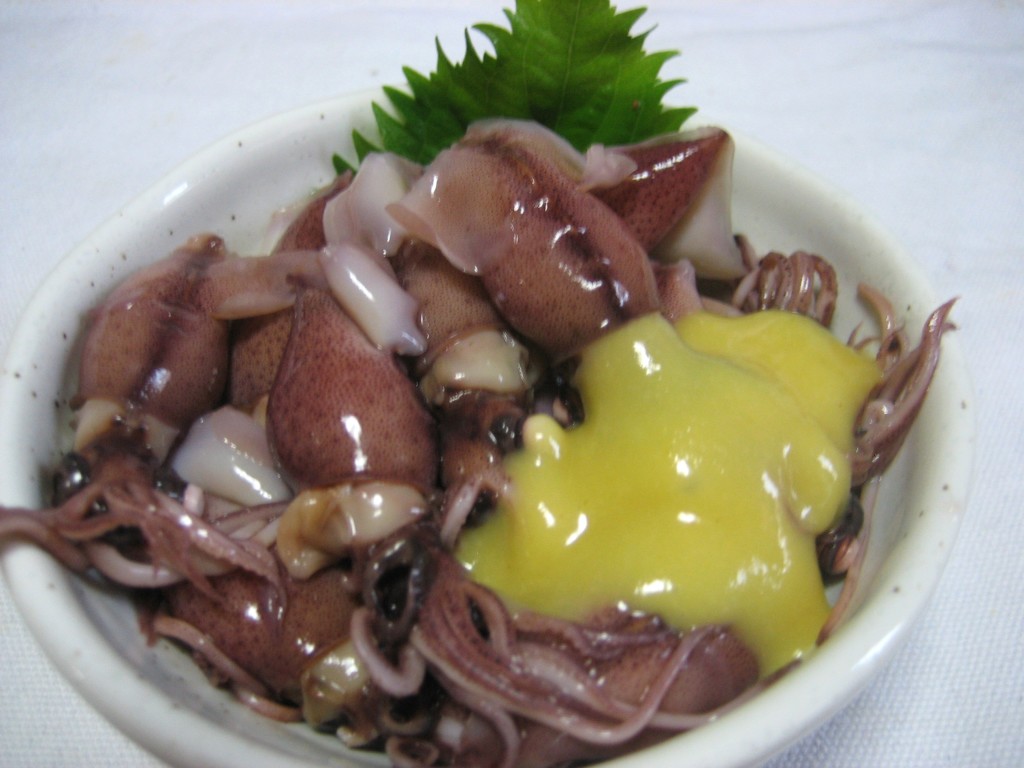 There are many foods which tells us “Spring has come!”
Hotaru Ika (Firefly Squid) is one of them.  We can see it at market from the end of March to June.  Now it is mid of May, so its season will end soon…..

Hotaru Ika is very tiny squid.  It’s about 6 to 8 cm long.  I don’t know if people in the world eat it other than Japan, but according to Wikipedia, about 40 kinds of Hotaru Ika is living in the world.

It is easy to rot and it has parasite, so it is sold as boiled form.
We eat it with the sauce called Sumiso which is vinegar(“su” in Japanese) and miso.  You can see yellow sauce in above photo.  It’s the “sumiso”.
It is very small squid.  It’s 4 or 5 cm long.  We eat it as it is.  I mean we don’t cut and we eat not only meat but also internal organs.  It is said that internal organs have a lot of vitamin A and amino acid.  It means Hotaru Ika is good for health and delicious.

I bought it at super market and didn’t cook.
Umm, this is a blog introducing recipes….  OK, I will introduce one recipe.
I sometimes cook it as peperoncino past or boil in olive oil with garlic and red pepper (Spanish style).