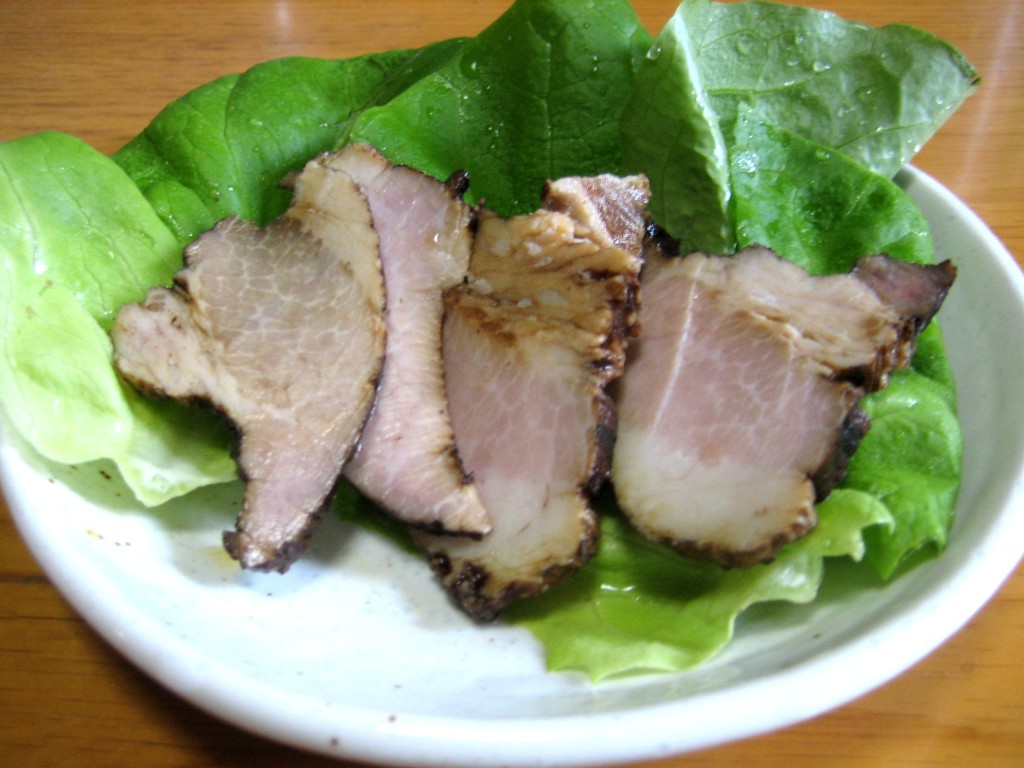 I don’t know who developed this recipe.  So it may not be a Japanese food.  But when I was a child, my mother sometimes cooked.  Recently, I found same recipes on a Japanese recipe site.  So it seems to be one of popular foods in Japan.
I have heard the reason why boiling with black tea is to make meat tender and less fat, but I don’t know about the real reason.  Whatever the reason, I think the meat becomes tender.  Also we can find similar recipes which are boiling pork with Chinese oolong tea, Japanese green tea or coke.  It is said that those methods aim to same result.

1)Boil the water in a pot.  Once it boiled, put pork and tea bags of black tea in the pot. 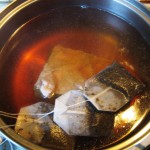 4) Put cooked pork in the sauce and place it for a while.

We can enjoy this pork as it is like picture on top of this page.  Also we can use it for various foods.

As a topping of ramen 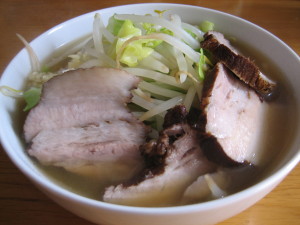 As a ingredient for fried rice 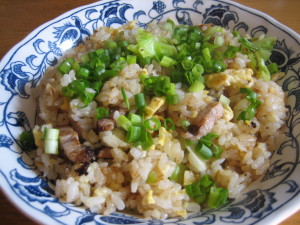 As a topping of ramen, it is called as “Char Siu.”  It is originally Chinese and means “roast pork.”  But we can see many “boiled pork” styles at ramen stores in Japan.  In this case, most of them are not boiled with black tea.  I think boiled pork style char ciu is Japanese style.