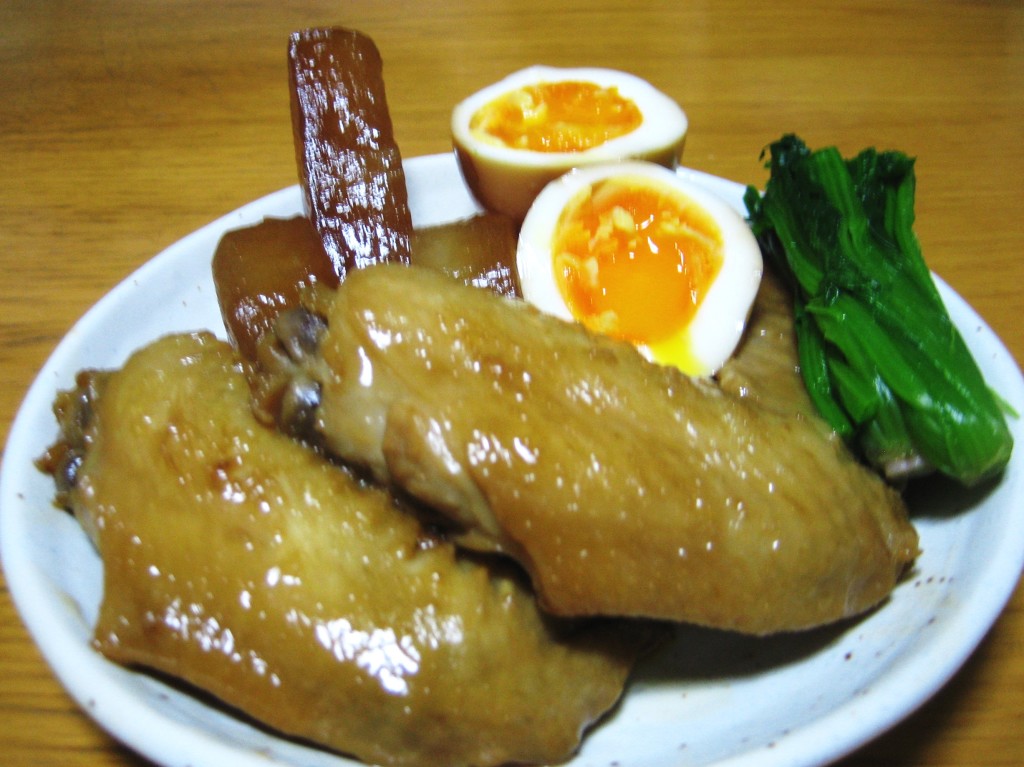 Recently, I cooked boiled something….  Now it is also simmered food, chicken wing.
However chicken is now popular and not expensive food, before end of World War 2, it was very expensive.  The history of chicken in Japan has very long.  People are eating chicken at least since 7th century.  But Japanese government sometimes prohibited eating meat including chicken.  It is interesting history which I cannot think from current life.

1) Slice radish about 1.5cm thickness and cut it half. Boil it until translucent.

2) Add a cut on chicken wings and bake them on a fry pan with thin (2 or 3mm) sliced ginger. 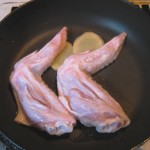 3) Bake both side of chicken a little, then put sauce and radish in a fry pan and simmer it about 10min.  During simmering, turn over chicken and radish several times. 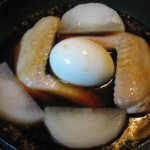 I added spinach cooked as same as ohitashi introduced in earlier article.
The taste is a little sour due to rice vinegar.  If you prefer sweet taste, please add some sugar instead of vinegar.

At this time, I added spinach, but asparagus may be good.  I would try next time.