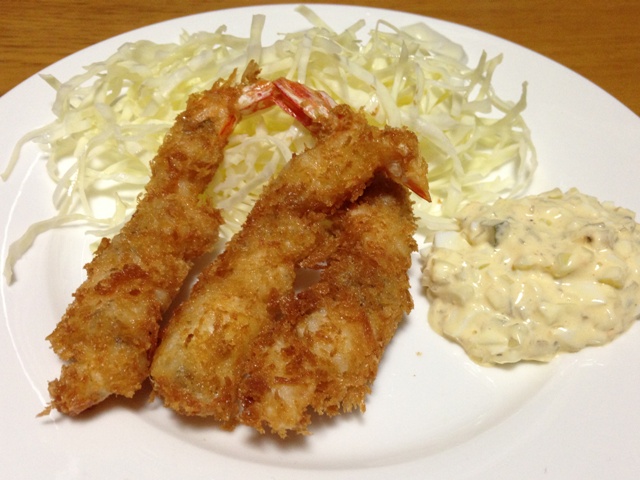 1) Peel skin of prawn and remove internal organs in the back. 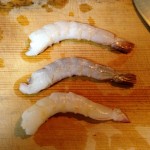 2) Add several cuts on the side where legs are.  Then press the back with a finger.  This is for cut muscle to make prawn straight when fried.  This method is also used for Tempura. 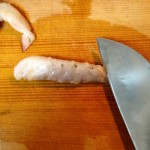 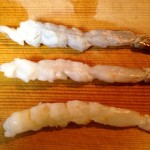 3) Put some salt and pepper and leave for a while.

4) Coat the prawn with flour, then with egg.  Coat it with breadcrumb at last. 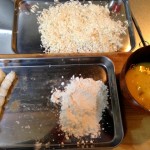 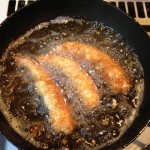 Serve it with shredded cabbage and tartar sauce.  Also lemon will be served together.

When I make tartar sauce, I don’t have specific recipe.
At this time, I was using:

I chopped from boiled egg to onion, and then mix them with Mayonnaise.  If the taste is less, add some salt and pepper.
I think many people have their own recipe of it.  I think it is the best for them.