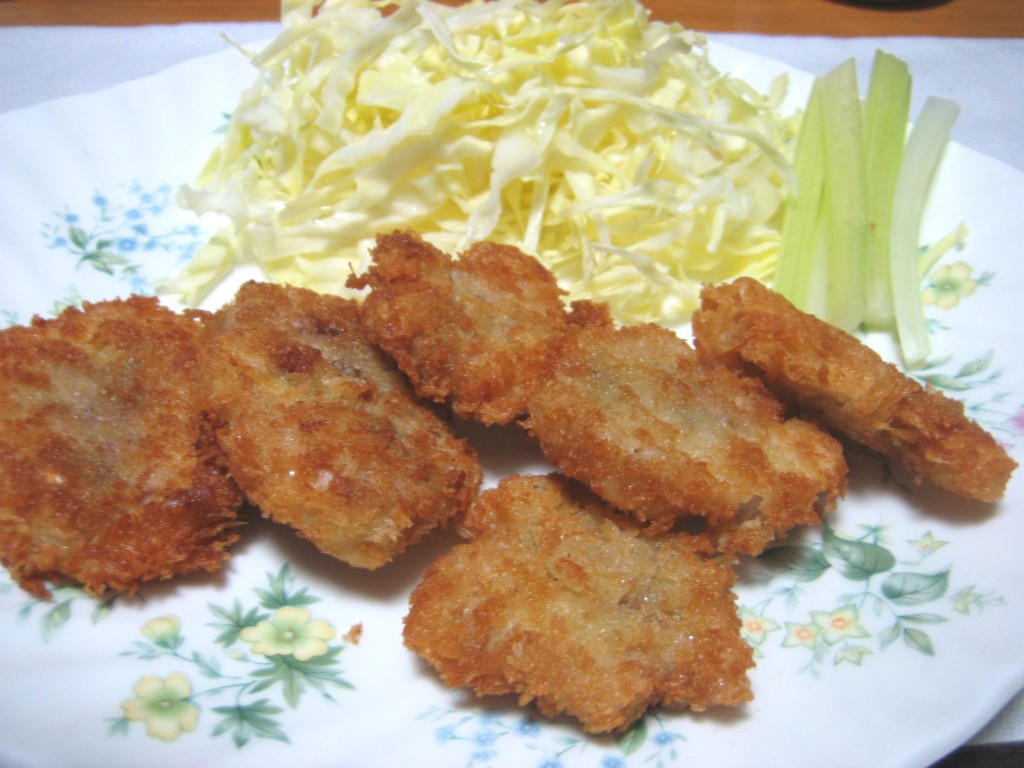 It is said that the root of ”Tonkatsu” is cutlet and I also think so.  So it can be categorized as a yoshoku, but I heard that it is served in foreign countries as Japanese food.  “Ton” means pork and “Katsu” is from cutlet.  It is also used for Katsudon which I introduced before.
There are some “Katsu” foods such as “Gyukatsu (beef)” and “Chickenkatsu.”  Also we are cooking fishes such as jack mackerel or sardine.  As the case of fishes, we call it “Fry”, not “Katsu.”  For example, jack mackerel fry is “Aji Fry.” 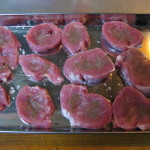 2) Coating pork with flour, put it in egg then coating with panko. 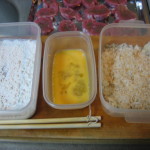 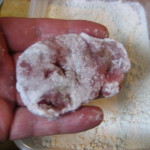 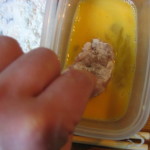 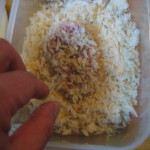 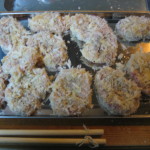 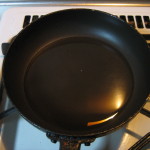 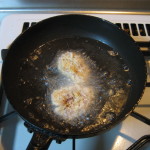 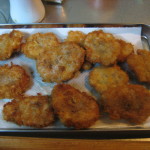 Normally, it is cooked with a lot of oils.  So it is also called “deep fry.”  To save oils, I don’t use a lot of oils at this time.  But it is OK if you sometimes turn over pork.

At this time, I cooked pork tenderloin.  In Japan, loin tonkatsu is also popular.
I like tenderloin because it is more tender.  Also my favorite is dash more pepper.

This food was developed in Meiji period (1868 – 1912).  In 1899, a restaurant on Ginza, Tokyo seems to be first one serving Tonkatsu.  Now there are many Tonkatsu restaurants in Japan and they are usually reasonable.  Also it is a popular home cooking foods.