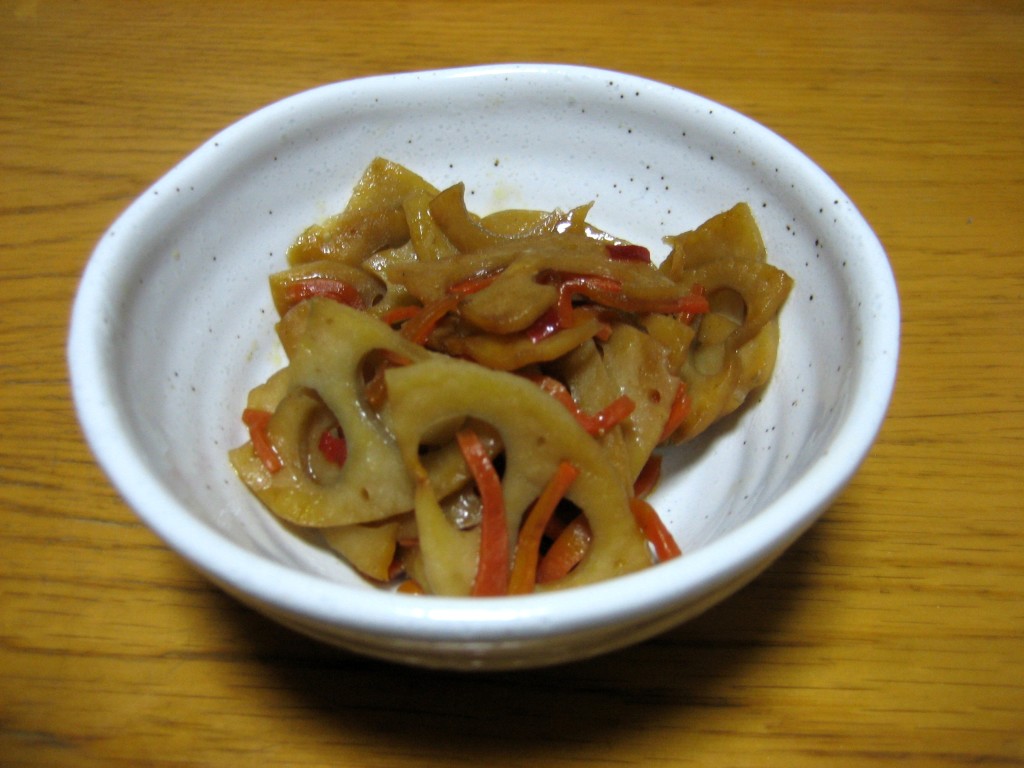 I heard that countries where people eat lotus root (renkon) are only Japan and China.  I am surprised because I have been eating it since a kid like tempura, simmered stuff or one ingredient of chirashi sushi etc.

Kinpira is one of typical lotus root menu.  Its spicy and very good combination with steamed rice.

However I cooked lotus root at this time, burdock kinpira may be more well known.  Cooking method is same.

By the way, “Kinpira” is very strange name.  I research why this food called “Kinpira” and found very interesting story.  It is named after a man’s name in a Japanese folklore.  It is about Kintaro who is a brave man.  Kinpira is a son of Kintaro.  Kintaro was playing sumo with bear and other animals, and practiced riding horse to astride a bear.  He was a very strong and brave and his son, Kinpira was same.  Because kinpira food is spicy, people thought the image of strong and brave from that taste.

It is easy to cook and good spicy side dish.