You are here: Home › Vegetales › Fried yam with dried seaweed (Yamaimo no isobeage) 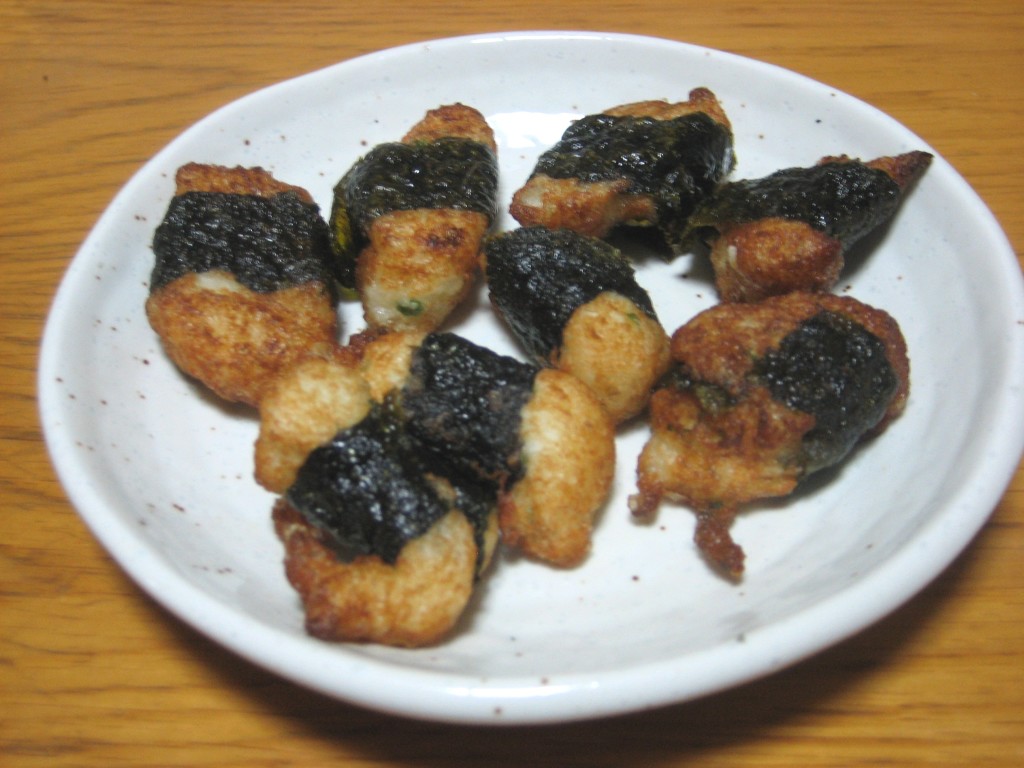 I used yam to cook “okonomiyaki” last time, and still it remained. After consideration what I would cook…, I cooked “Isobeage” at this time.

It is called isobeage that foods wrapped with seaweed and fried.  “Isobe” means beach.  Seaweed are there, so I think this style cooking called the name which has “isobe.”  However tempura is known as a food which wrapped “koromo (flour)” and fried, deep fried something with out flour is also called tempura.  So isobeage is also a kind of tempura.

1) Grater yam.  It is easy to grater if you peel only the part gratered. 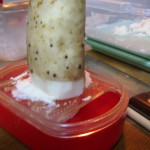 2) Put some green laver and combine with grater yam. 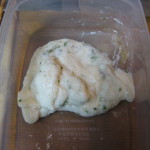 3) Put large amount of cooking oil in to a fry pan and heat about 160 degree (c).  Wrap yam with seaweed and then fry it a oil until it becomes golden brown. 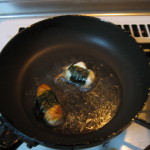 Eat it with some salt and pepper. 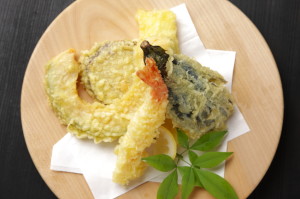 As I mentioned before, tempura is wrapped with koromo like photo on the right.  And I think many people think so.  But some region in west part of Japan, especially Shikoku or Kyushu, fried fish paste is also called as tempura.
One of them is called “Jakoten.”  That’s “ten” means “tempura.”  Sometimes those tempura can be seen in “Oden” hot pot.  I like that kind of tempura, too.
It is interesting that name of some foods are called different name depends on region.