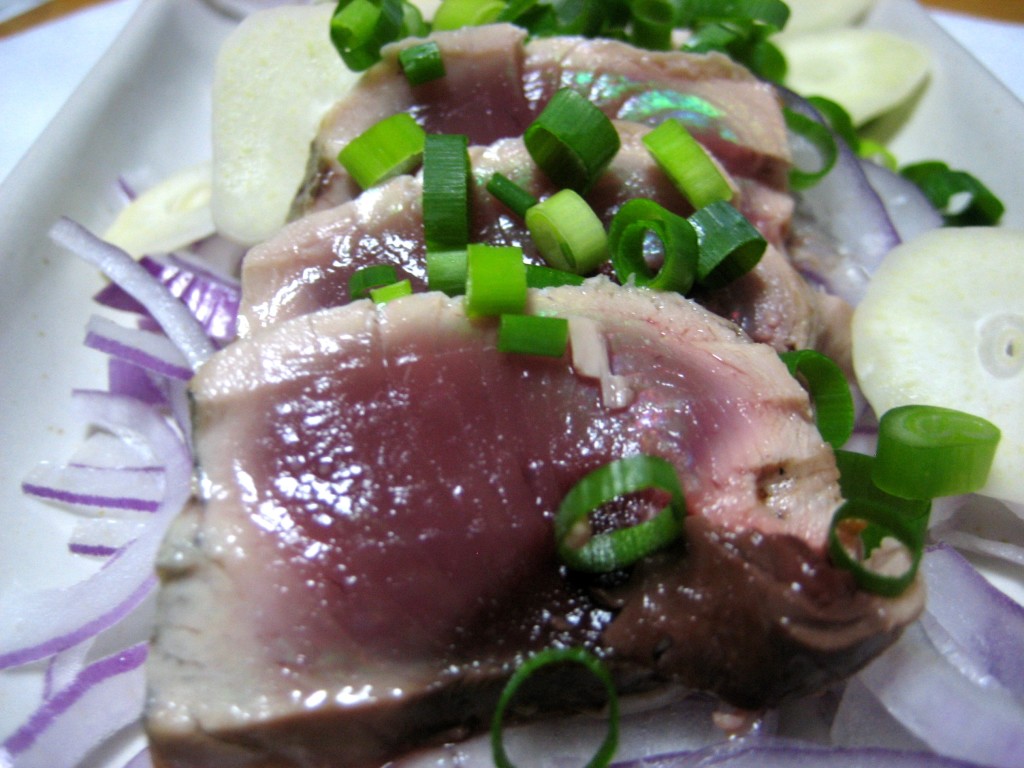 Bonito is one of popular fish in Japan.  The season of bonito is spring and autumn.  In spring, they go up from south to north in pacific ocean and close to Japan.  It is called as “Hatsu Gatsuo” that means the first appeared Katsuo (bonito) in the year.  On the other hands, they go down to south in autumn and are called as “Modori Gatsuo” that means “returned bonito.”

We are eating sashimi of bonito.  But today, I would like to introduce another popular food “Katsuo no Tataki.”  It is slightly roasted like above photo.

1) Sprinkle normal amount of sea salt on bonito and leave it for a while.   Before cooking it is better to make bonito cold in refrigerator.
(The bonito doesn’t have skin because I used bonito for sashimi at this time.  But for Tataki, bonito which has skin is better.) 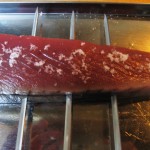 3) Roast all sides of it on the stove until its surface is grilled. 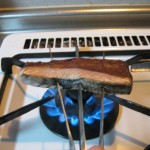 4) Put it in ice water and make it cold quickly. 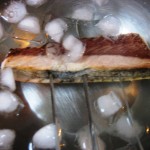 5) Slice it about 1 to 1.5cm width like sashimi form.
To cut sashimi, you should slide the knife slowly like pulling.  The video below will be helpful. 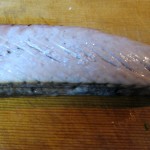 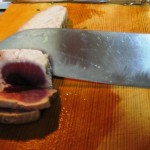 6) Serve it with sliced onion and garlic, chopped green onion and grated ginger. 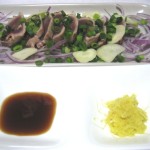 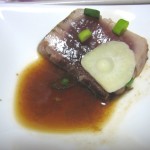 The traditional method to roast bonito is heating it on fire which heat straw because it has much stronger heat.  Below video is that.  I cannot heat straw in my home, so I used normal stove.

I usually eat it with ponzu soy sauce.  Ponzu soy sauce includes yuzu or sudachi (Japanese citrus), vinegar and broth (normally kelp and bonito broth).  I think you can buy it at Japanese glossary.
It is served as a sauce for Shabu Shabu.  Also we use it to eat grilled fish.

This is very easy to cook and can be cooked when you will enjoy BBQ.  Please try it!