You are here: Home › Culture › Eho-maki, another culture at Setsubun 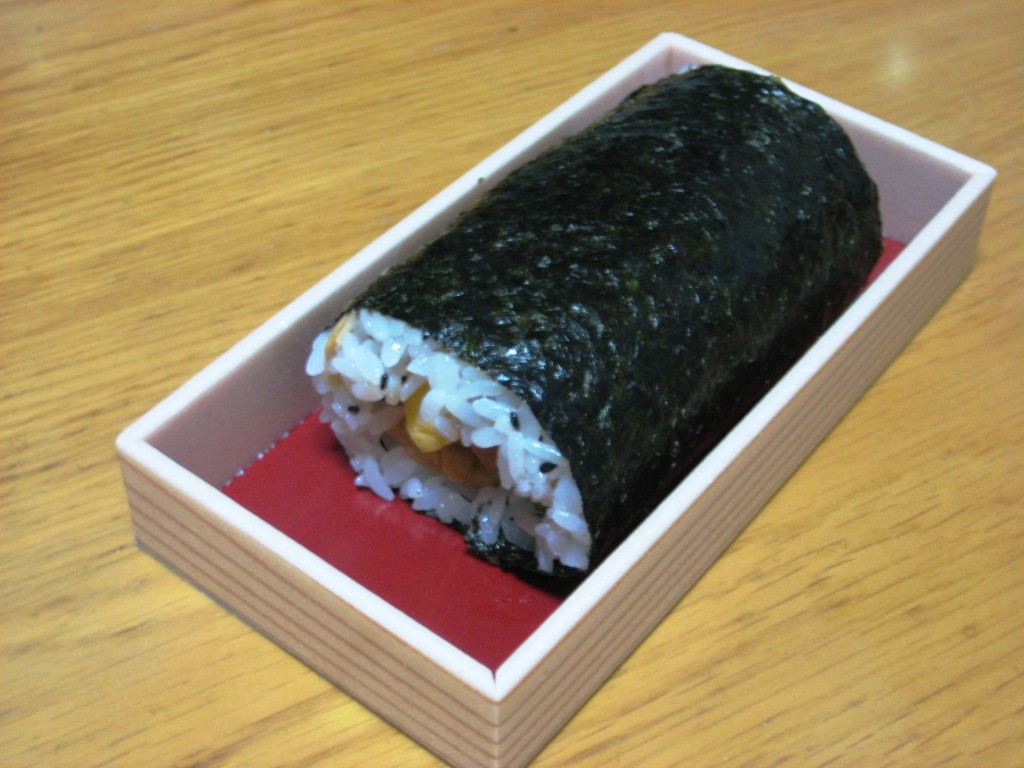 Mamemaki is a really traditional event.  We have another culture called “Eho-maki” which is recently popular.  Eho-maki itself is just a rolled sushi.  People believe that it is good to eat eho-maki facing the specific direction.  The direction is changed every year and it was south-southeast for 2013.

Eho-maki is a thick rolled sushi and it contains many kind of ingredients.  Above picture is one which I bought at store and its diameter is about 5 or 6 cm.

Don’t cut into small pieces!   Eat it as it is.  It brings good luck for you.

This event is originally only around Osaka area, and the origin is not clear.  One story is that the origin is a playboy’s fun.  It had been a culture within the specific area, but recently it becomes country wide culture.  About 10 or 15 years ago, one company started business campaign using eho-maki story.  Other many companies started same thing after the company.  Now we can see many kind of eho-maki.  Yesterday, I found it using paella at Spanish delicatessen store….

There is no religious or historical reason for this culture.  And recent event is based on business side demands.  So? we can enjoy many kind of eho-maki today.

I was thinking to cook eho-maki, but I didn’t.
The eho-maki in above photography is including tempura!  Normally, rolled sushi doesn’t include tempura.

The culture is changing.  So it may be also a “culture.”

In the future, I will cook sushi and introduce it.